One of Tom’s best loved works is his sculpture of Billy Fury by the Piermasters House in the stunning Albert Dock area of Liverpool.

The statue looks out over the Mersey, which recalls Fury’s time working as a deck hand on the Mersey River tugboat, The Formby. 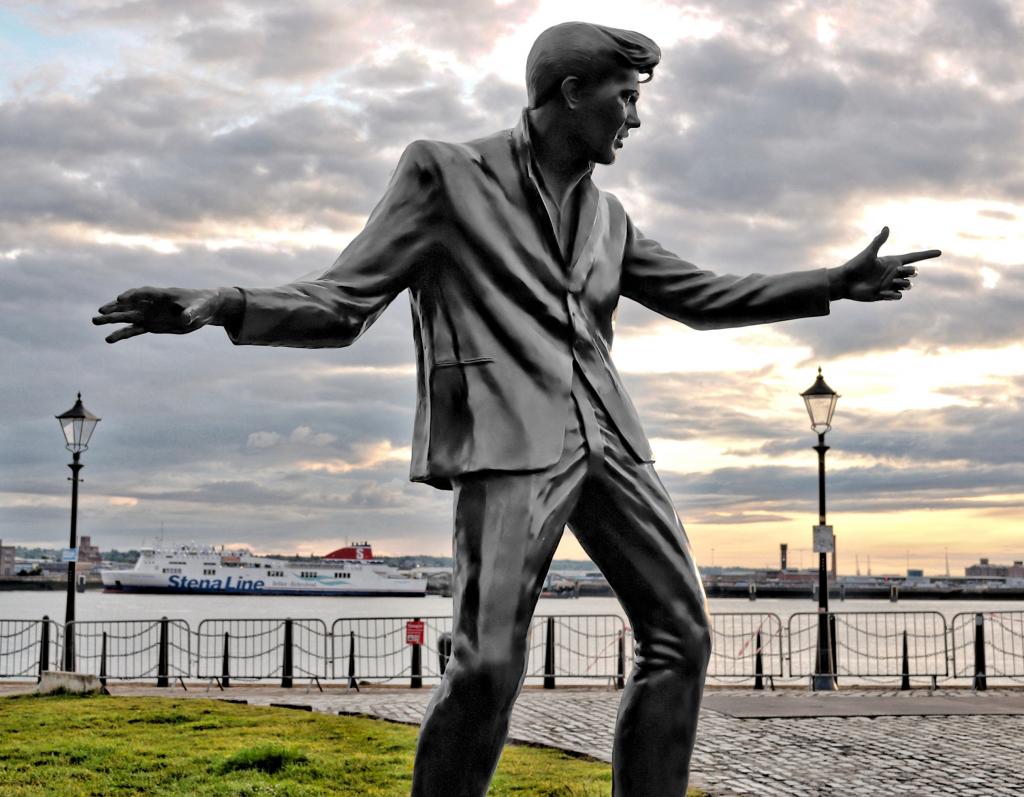 Billy was ranked number 18 on a Greatest Merseysiders Poll.

Of Tom’s statue, Fury’s brother, Albie Wycherley, said: “The statue is going to be where we wanted it to be – the Albert Dock, because of Billy’s connection with the waterfront. 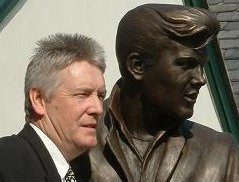 “It’s an unbelievable statue. It’s awesome. It’s HIM.”
“His debut album, The Sound Of Fury, a collection of 10 self-penned songs, is considered one of the best rock ‘n’ roll albums of all time – the musical of the same name, by Liverpool writers Joe Boyle and Gary Waterman, received its Bill Kenwright-directed world premiere at the Liverpool Playhouse in 1995.” – Liverpool Echo, 11 April 2003

The statue was comissioned after a fund-rasing campaign launched by Billy’s brother Albie, and his late mother Jean Wycherly, alongside The Sound of Fury fan club.