Background: A young girl asked her Father, where is the Hillsborough Memorial? She was told: ‘There is one in Anfield.’ She said: ‘Why can’t we have one in the city centre for everyone to see.’ This simple question was the catalyst for this monument. 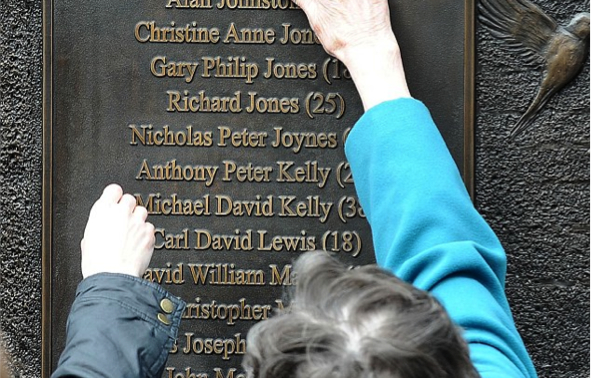 The monument is circular with a raised design in low relief. The imagery shows an imaginary place,which is meant to guide our thoughts of remembrance and all that has happened since the tragedy. 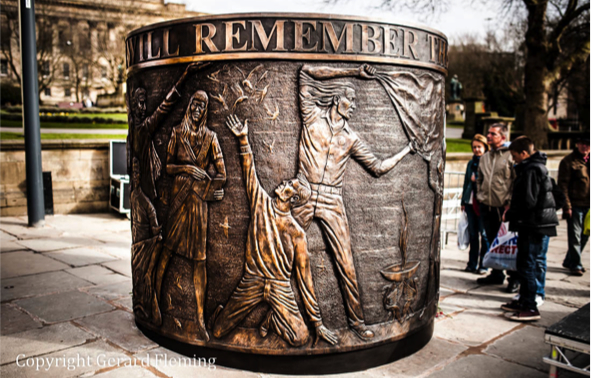 The people depicted in the design are ‘the guardians of the memory’, or ‘people like us’ Their purpose is symbolic and other figures represent justice, hope and loss. The setting is a beautiful and quiet place, which may help us to think about the characters and individual personalities of those who died. The people who passed away are represented by the birds who fly freely throughout the work.

We reflect and empathise with those who died while considering the people they were, and might have been, were it not for the disaster. 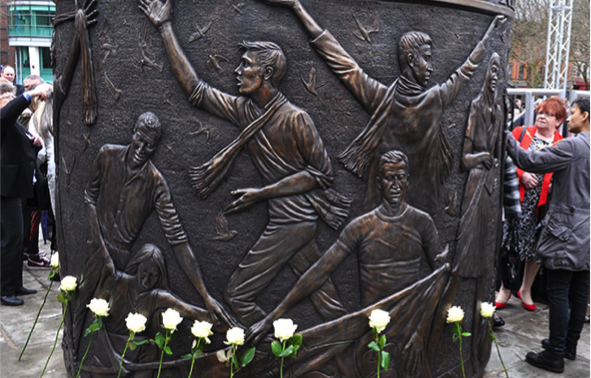 Description of the raised relief on the maquette

May the 96 people who lost their lives rest in peace.