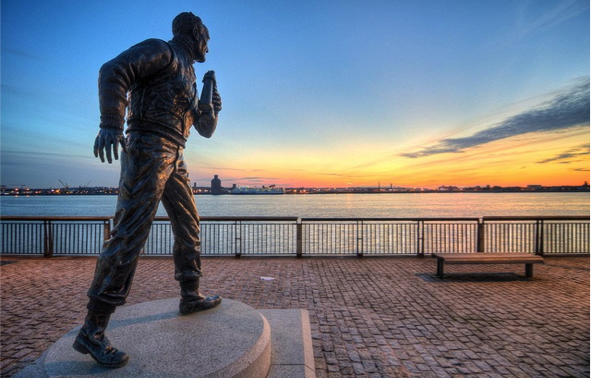 They raised the money through a national appeal which included a donation from a German ‘U’ Boat Commander who admired this doughty commander who is still remembered with awe more than fifty years later.

Unveiled by the Duke of Edinburgh in October 1998, the Captain stands looking out to sea at Liverpool’s famous Pierhead.