To commemorate the unveiling of the Henry Cotton sculpture, The Trueman Building which is part of Liverpool John Moores University, was renamed the Henry Cotton Building. Princess Anne unveiled a plaque the following Wednesday before she toured the new centre. 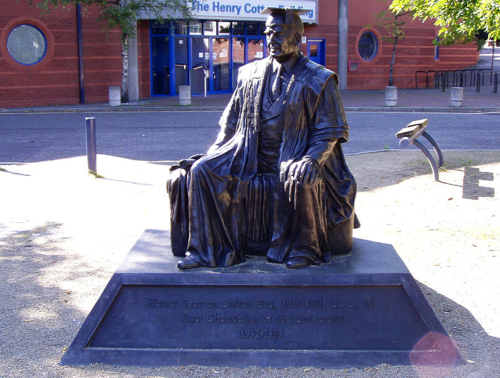 The sculpture of the late Henry Cotton was technically challenging for Tom because of the demands made by the academic attire and the position of the subject.

Mr Cotton’s widow, Sue, who was a keen observer throughout the process, died soon after this tribute to her beloved husband which was unveiled in November 1998 by the Princess Royal.