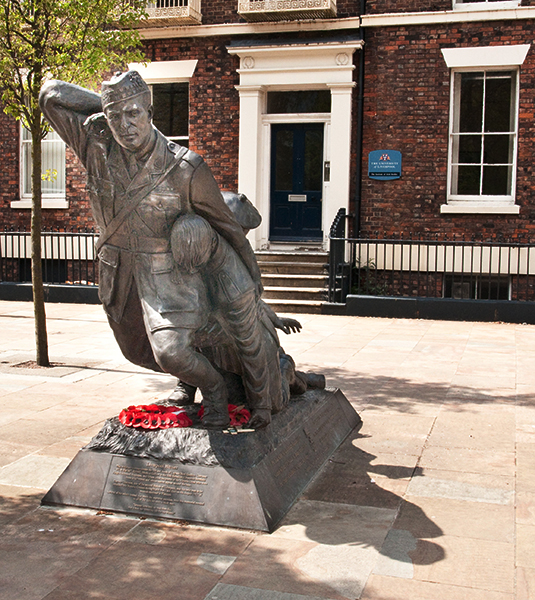 The statue was unveiled in August 2008, after funding was raised by the public after a campaign by the Noel Chavasse VC Memorial Association. 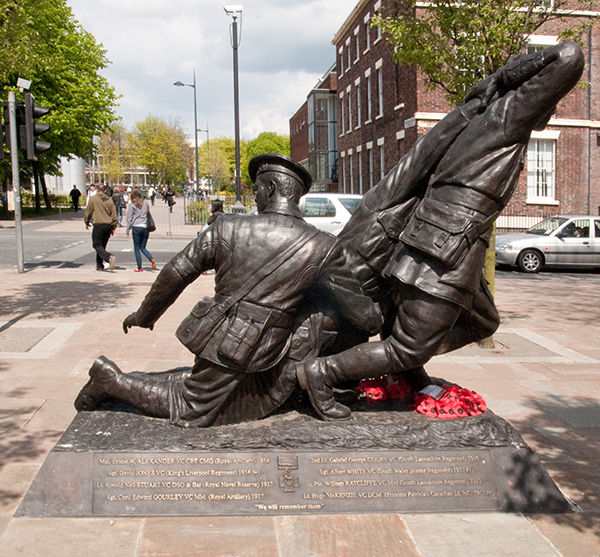