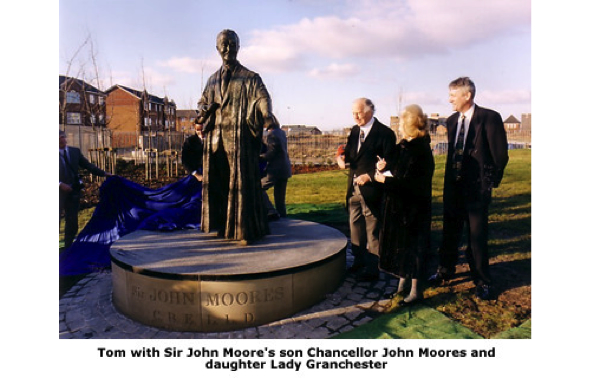 A bronze statue of Sir John Moores commissioned by John Moores University, was unveiled to celebrate the University’s 175th anniversary.

The statue, made by local sculptor Tom Murphy, who himself is a JMU graduate and is well known for his other pieces of work around the city.

The statue has pride of place outside the city’s newest library, the £7m Avril Robarts Learning Resource Centre which will be used by the University’s 8,000 students.

The three-quarter-ton statue depicts Sir John in the robes he wore when accepting the first honorary fellowship bestowed by the Liverpool Polytechnic.